Bombolo – originally Norbert Graubner, was born 1947 in Weinbach/Germany near the River Lahn. He spent many years of his lifetime in distant countries, where he created impressive works of art, inspired by the influences of various peoples and cultures.

His first works are inspired by Indians and their art.

Bombolo lived on Majorca for 29 years and created many imposing pieces of art on the island. Today, BOMBOLO lives and works back in Germany. His studio is located in an old Spaltschiefer house in Langhecke. He discovered painting after a multi-week stay in a zen monastery. The artist creates pieces in oil and makes drawings on paper. His cast heads and sculptures in bronze, woodcarvings and objects made from worked corrugated board and slate carry his very own individual signature.

1947 Bombolo, originally Norbert Graubner, was born in Weinbach near the River Lahn.

1962-65 Left family home and village to begin apprenticeship as chef.

1965-70 Worked and travelled as a chef on ships of the Holland America Line, visiting North and Central America, Polynesia, Southeast Asia, Japan, Australia and New Zealand.

1970-83 Opened first French restaurant, ‘La Bonne Auberge’ in Koenigstein/Ts. Then came the Hard Rock Café and Waikiki Bar in Frankfurt.
At the top of his career, he changed his life from one day to the next and moved to Mallorca to restore a ruined house in S’Arraco.

1984 Began a total rebuild of the 1905 Pilot Cutter ‘Fair Dawn’, once belonging to Earnest Hemingway. She has now found a home at the Museum Port of Flensburg.

1985 Sailed throughout the Danish Islands of the Baltic with his painter friend Volker Meier on his Gaff Schooner ‘Aurora von Altona’.

1988 Travelled to the Island of Maui in Hawaii.

1989 Spent the Summer months between London and the Cornish coast of England.

1991 Retreated to the Zen Monastery Hosshin-ji, under the tutelage of Abbot Harada Sekkei Roshi near Obama-shi, Japan.

1992 Made first Exhibition of paintings.

1993 Travelled with Harada Sekkei Roshi to Leh, Alchi, Lamayuru and to the Hemis festival in Ladakh, Himalayas, N. India.

1996 Returned to Hosshin-ji to finish film.

1997 Showing of `Safety is an Illusion’ by German TV station BR III.

2002 Travelled to Alaska for painting. Went to South America, following in the footsteps of Pablo Neruda. Destinations included Buenos Aries, Santiago de Chile, the Atacama Desert and travelling on a small boat through the Amazon to Manaus.

2003 Publication of `Neruda Blau’ by Prof. Dr. Gabriele Grotze for the National Library of German Poetry, illustrated by Bombolo.

2011 After 29 years Mallorca return to the Lahn 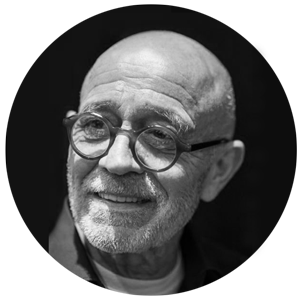