Rizzi graduated from University of Florida in Gainesville, Florida. He came up with the idea of 3D multiples now mostly associated with his name when, having taken classes in painting, printmaking and sculpturing, he had to hand in grade work for all three subjects, but only had time for doing one. So he created an etching, printed it twice, handcolored it, and mounted parts of the one print on top of the other, using wire as a means of adding depth. Having received good grades from all three teachers, he stuck with the idea and developed it further.

Rizzi was most famous for his 3D artwork, "especially the large, elaborate prints and teeming anthropomorphic cityscapes. His merry maximalism and delight in delirious detail and elaborate minutiae created a true art brand, a trademark style as recognizable as any in the world."

Late in life, he returned to painting. His "latest paintings combine his Picasso meets Hanna-Barbera drawing style with an increasingly chromatic palette and a complex graphic structure that simultaneously evokes cubism and the most sophisticated Amerindian friezes." 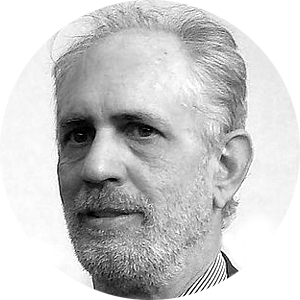